Back in the late 90s and early 2000s, there were all sorts of fun exciting gadgets. However, with the advent of the smartphone, in particular the BlackBerry and later the iPhone, there was a bit of consolidation. MP3 player? Is phone. Trail GPS? Is phone. Car nav? Is phone. Camera? Is phone. Phone? Eh, well, go buy Cortelco 2500-series phone and an ATA. Can’t win them all.

Tablets became a thing. There’s just one problem. They tend to come in three flavors. Android, iPad, or expensive ruggedized. The ruggedized tablets will be either PCs or Android. However, for most mortals, their tablet will be just a big version of is phone.

At some point Microsoft decided to get into the tablet game with their Surface line. I have been wanting one ever since, but the first couple of releases weren’t that great, and they were definitely expensive. Fortunately, prices have come down, and capabilities have gone up.

I have an iPad, but it’s old, and it was the mini line, so it suffers from being small. It’s also an iDevice, with its draconian walled garden app store. It was nice to have, but I had no intention of replacing it with another iDevice. Also, recently, I needed a screen with PDFs and such open and didn’t have much space. Nearly dropped the laptop on the floor. Twice. It would be nice to have something tablety. It would also be nice if I could run normal Windows applications. I also wanted something less cumbersome than a laptop to keep bedside.

So I’ve definitely been eyeing the Surface devices for a while. I managed to catch a sale where the Surface Pro 8 came with a keyboard for about $100 off. Then there was a sale at Best Buy that knocked off another $100. And then there was a bundling discount for buying the pen. Seemed like a good idea, so I pounced on it.

There are a few downsides. First off, it’s a high resolution display, so some applications that don’t handle scaling will look a bid weird. Fortunately, seems to be mostly relegated to installers, some of which have legacy going back to the Windows 3.1 days. Not a big shock, really. Next, it’s Windows 11, which has its quirks. I swear its login screen feels like a random Linux desktop manager more than it does Windows. Third, button placement is a bit inconvenient in portrait orientation. The kickstand is less than ideal sometimes. A lap desk is mandatory if I want to use the keyboard while sitting in the recliner. Glad I bought one a couple of months ago thanks to the other new laptop having a sub-optimal hinge design.

On the plus sides, it’s just a PC. It has surprisingly decent sound for something with no visible speaker holes. The high resolution screen is beautiful. Speaking of which, the 3:2 aspect ratio is much nicer for viewing 8.5×11 PDFs.

I have had it less than a day but I think it is a win so far. 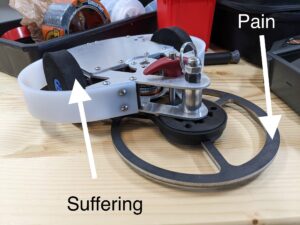 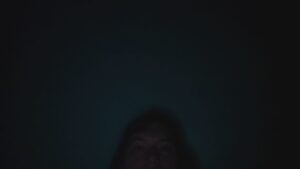